Skalitude’s mission is all about re-connecting to Nature, in the myriad ways that can happen.  We especially like to focus on not just visiting Nature, or seeing it as a pretty backdrop for activities, but really living closely with it on both physical and energetic levels.

One of our winter guests is Alderleaf Wilderness College, from Bothell (www.wildernesscollege.com).  They come over for a four-day outing to learn about winter living skills – from how to set up a tent in winter, to building a snow shelter, to making snowshoes from willow branches to using those snowshoes for tracking wildlife.  Last winter the snow was a little thin early in the season, so instead of a snow shelter they built this beautiful Pine Bower. 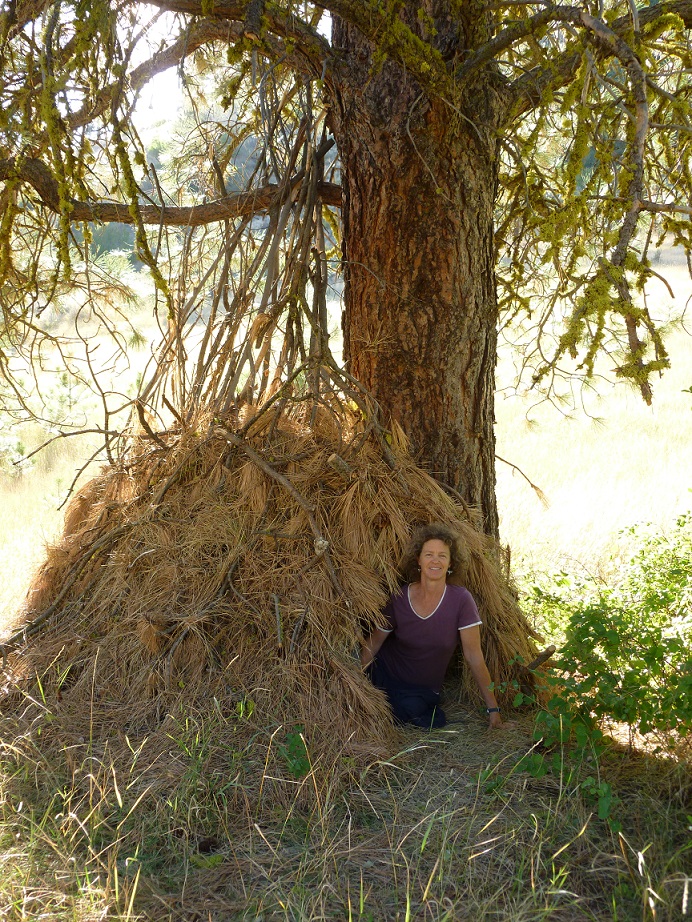 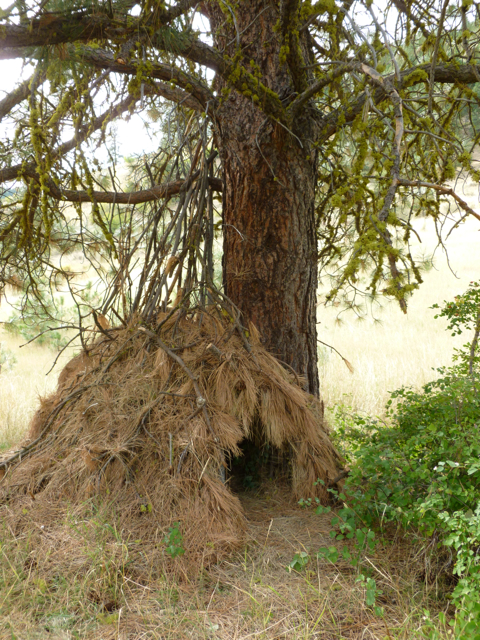 It is made by leaning Maple branches up into the lowest branch of a big Ponderosa Pine tree.  Maple branches are used because they are long and straight, and they grow around the edge of the meadow.  Then additional Pine and other branches are piled and woven around it to make quite a robust structure.  Both the upper branches of the Pine and the branches of the shelter itself offer protection from the elements, so it stays quite dry inside.  The floor is covered with a thick layer of dried grass, offering some insulation from the ground and making it very pleasant to lie on.  It is big enough for two people to sleep comfortably.

Skalitude is home to far more beings than just humans!  One of our more famous and favorite occupants are the fairies.  They are so playful and creative!  They also have their own homes, built by John Curtis Crawford of Fairy Woodland (www.fairywoodland.com) 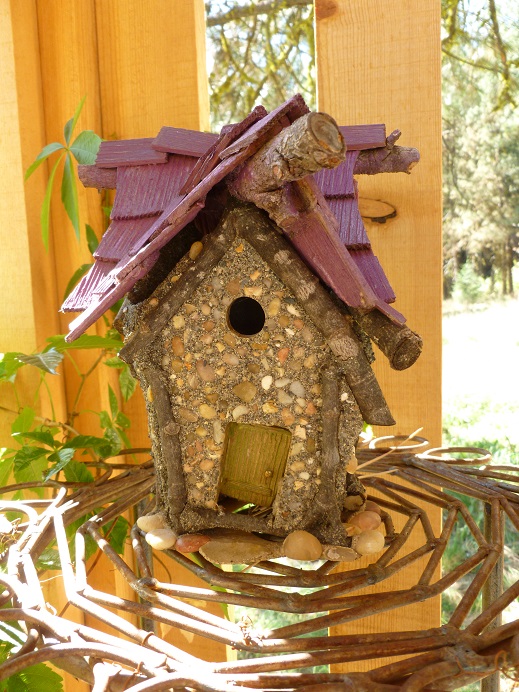 These photos were taken recently by a visiting friend.  They were taken within moments of each other, at the exact same place.  But notice the difference in lighting in this second photo!

The light in the upper left corner is from the sun shining in at an angle, but the orb in the upper right is, well, an orb!  Orbs have become quite common phenomena since the digital camera has become widespread.  Notice how bright it is compared to the sun spots, and how the wood behind it is a different shade than below it.
No one knows for sure what orbs are, but the way they appear and disappear in photos taken within moments of each other suggests that they materialize from another dimension.  Some people think of them as fairies for that reason.  They also seem to appear more when people are having fun, singing and laughing.

You never know what you might see during a visit to Skalitude!  Many people describe it as ‘magical’, and we’re so happy they recognize it! 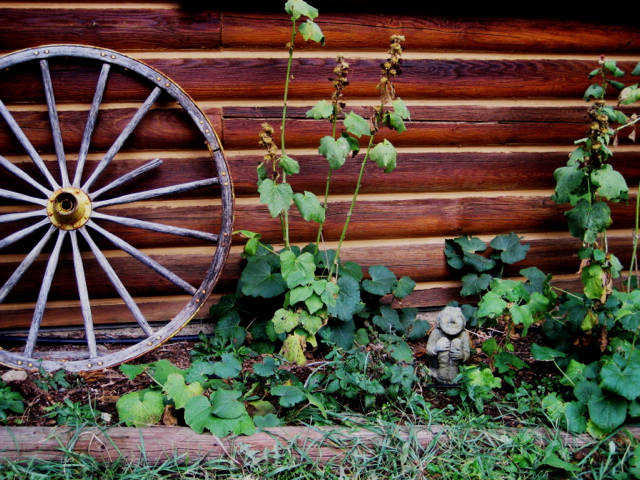 “Thank you very much for all your help in making our wedding a success! We feel so incredibly fortunate to be able to celebrate our love and commitment to each other in such a beautiful and magical place! Thank you to the moon and back.”
-Erica & Alex (June 15, 2019)

“Thank you for providing this beautiful sanctuary for us to explore and learn in. Thank you for your generosity and willingness to share this very special place! We look forward to coming to visit this place every year. Many thanks and gratitude until next time!”
-Erika & Jed, Alderleaf Wilderness College, (January 2019)